The East Greenwich Animal Protection League was started in 1976 when a small group of dedicated women did not want the Town animals to be euthanized after stray holds because there was no animal shelter or animal control in East Greenwich. These visionaries pulled a group together and started what has become one of the premiere rescue organizations in RI, now moving to become a full-service animal shelter.  They held a special event to raise the start-up funds they needed to get their rescue off the ground and began helping pets right away.

In 1978 the East Greenwich Animal Protection League (EGAPL) officially became Incorporated and received their 501c3 non-profit organization status. At that time the league’s animals were housed at Greenwich Bay Animal Hospital (GBAH), who at the time had the contract to receive  and hold the towns strays. It made perfect sense to team-up with the animal hospital as they were the recipients of all the towns unwanted pets.

And so it began….
In 1999 they added a staff person who went to work at GBAH as a kennel attendant. Within the first year she became Kennel Manager.  At  the same time she also became their Dog Adoption Coordinator.  Then 6 months later, Tammy Flanagan was elected  President of EGAPL.

Over the next couple of years the league grew to handling many more animals. In 2004 they started to rescue dogs from the south to address the growing demand for pets in RI and the increase in euthanasia in the south. As so many things seem to happened in animal rescue, the transports happened quite by chance and then quickly grew and resulted in greatly increased adoptions as the popularity of the organization grew exponentially.

In  2013 the League changed location to East Greenwich Animal Hospital to accommodate the growing number of pets.  That location worked well until the hospital went out of business. During that time they looked at multiple buildings and properties that might be suitable to house their growing operation.  After having moved to a few temporary locations we were hitting a dead end in finding a suitable location.  At that point, they wondered should they continue?  A friend of EGAPL happened across a building located in Cranston that seemed to be a perfect fit. We approached the owner with the  possibly of renting the commercial building, but he was only interested in selling. For this tenacious organization, the idea of purchasing seemed beyond what they would be able to do. Amazingly, through what had to be considered “Devine Intervention”  our dear friend and long time supporter, Dr Andrew Martin came to the rescue!  He said, ” I’ll buy the building!”  He so believed in our work and the need for a permanent location he was willing to put up his own money to keep us in business. It took several months of application process to get an approval from the Cranston Zoning Board to finally get the small changes approved. Then, after almost a year, Dr. Martin purchased the building on March 1,  2017. On that same day he sold the building to EGAPL for a dramatically reduced price to make ownership possible and to provide the League with a location permanently. We spent the next year remodeling the building with funds we had raised and set aside for the construction, combined with a very generous contribution Alan and Marie Weiss. We were able to open our doors to the public on February 1, 2018. From opening day to the last day of the year, we found forever homes for almost 900 companion animals.  Soon we began taking community relinquishments and seeing adopters regularly as we were now able to serve the community and animals with regular business hours instead of designated Saturdays and/or Sundays; as we had in the past.  We are moving forward working toward becoming a full-service shelter.

We have a great deal of work still to do here at our new location.  The building was only half renovated.  We have potential for cat rooms, whelping space, a clinic and surgical space with waiting room.  Our goal is to launch some new fundraising programs, annual giving, as well as, researching and applying for grants to fund the future expansion.

We also have many generous donors who have made much of the work we do and the building we enjoy possible. Thanks to one veterinarian and benefactor, Dr Martin, who believed so deeply in our purpose that he was willing to step up to the plate and risk it all to help us secure a great location and the permanency to reach our full potential at 44 Worthington Road, Cranston, RI 02920

In 2019 we have began fundraising efforts for phase ll of construction in the hopes of completing the clinic and surgery space and the cat area which includes quarantine, treatment and real life area.

In 2020 we have almost completed work on our clinic and surgery space. We have also completed construction on state of the art cat rooms. We hope to complete the remainder of our project by the end of the year. 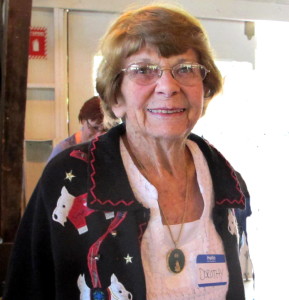 The Heart of RI is always looking for individuals to volunteer. If you are interested, please contact us to show your support.
Show Your Support
Back To Top